Today’s bird (and lizard) walk started at just after 10.00am. We walked back along the Paisley-Challis path to the drain diversion where we observed a small group of Royal Spoonbills and one well camouflaged Yellow-billed Spoonbill. It wasn’t until the birds took flight we were able to confirm the single Yellow-bill was in fact there. 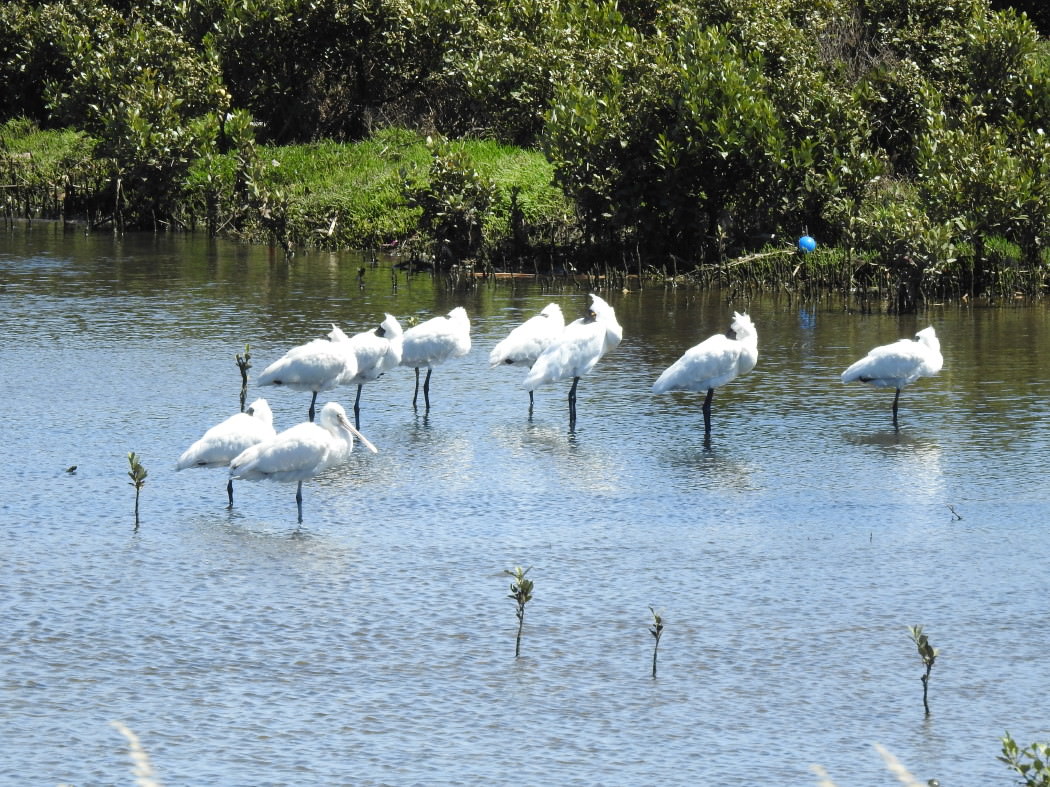 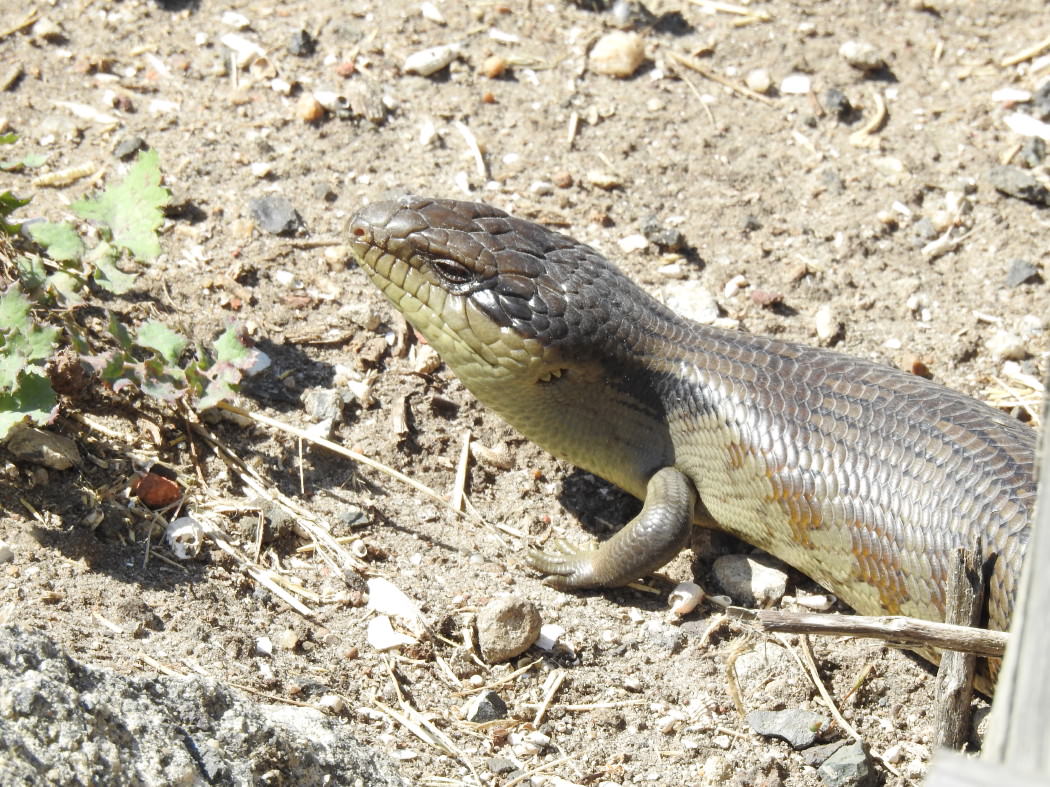 Just before the second bridge we received word from a cyclist that a tiger snake was in the grass just off the end of the bridge. With some caution we approached the area to find an Eastern blue-tongue Lizard doing his best impersonation of a tiger snake! 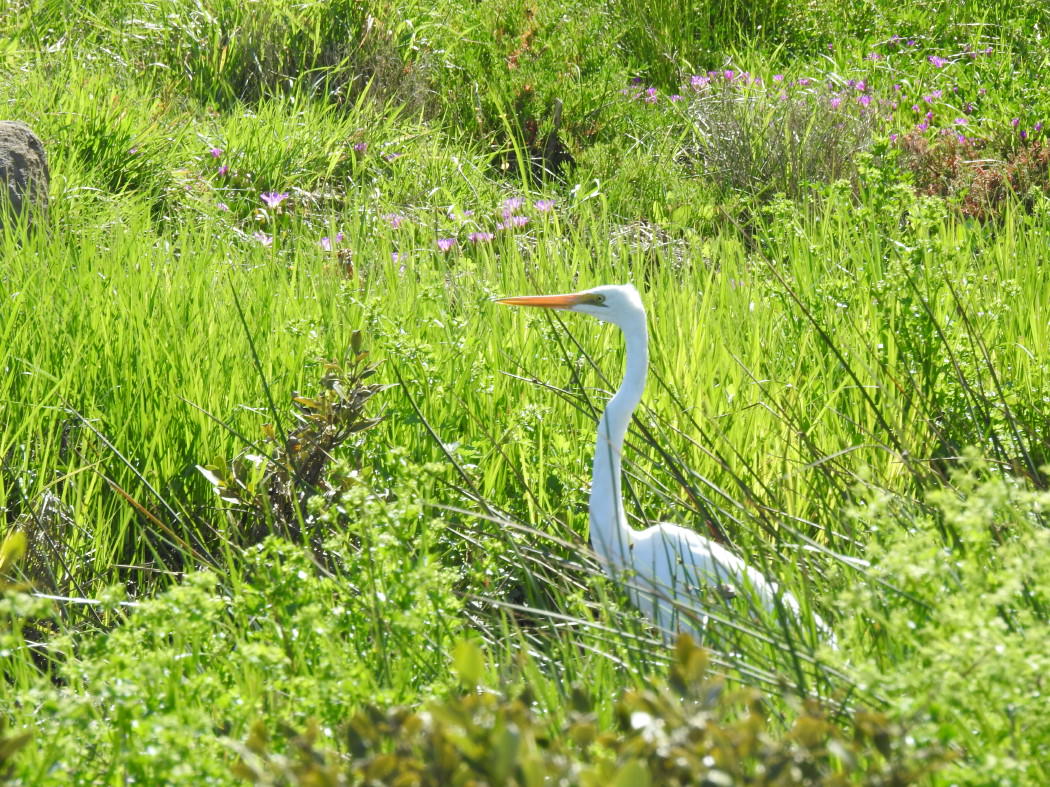 Hiding in the drain to the left of the bridge was a Great Egret hunting for prey. In the main lake we saw a good variety of ducks including the above Hardhead (White-eyed Duck), Blue-billed Ducks, Grey Teal, Chestnut Teal and Pink-eared Ducks.

Looking south back towards the bay we saw a large flock of panicking Silver Gulls that were put up by two Whistling Kites.

Along the edge of the Western Lake we heard Australian Reed Warblers, Little Grass Birds and Superb Fairy Wrens all doing their thing.

Other notable birds observed included a couple of Black-tailed Native Hens, Pied and Little Cormorants on Crofton Drive Islands and Little Black Cormorants on three of the four posts in the Quest Lake.

The highlight of the walk was seeing all three of the grebes species. We saw two Great Crested Grebes, one at each end of the main lake. The Australasian Grebes and the more common Hoary-headed Grebe were all swimming close to the reeds. 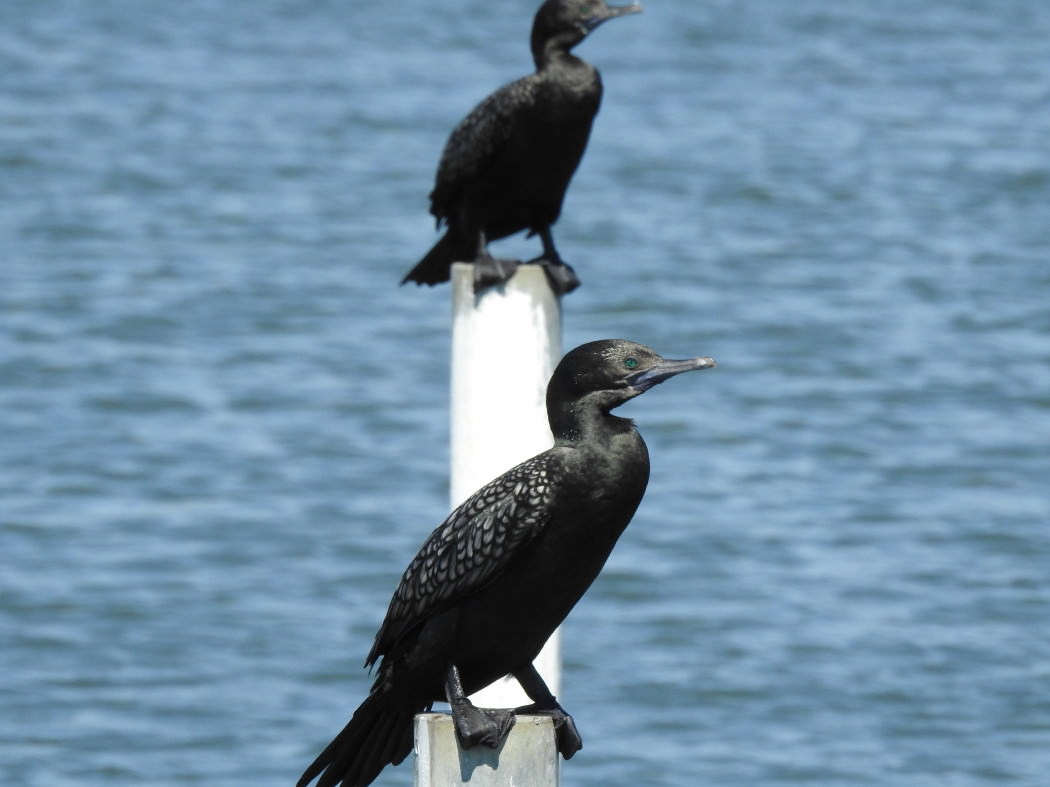 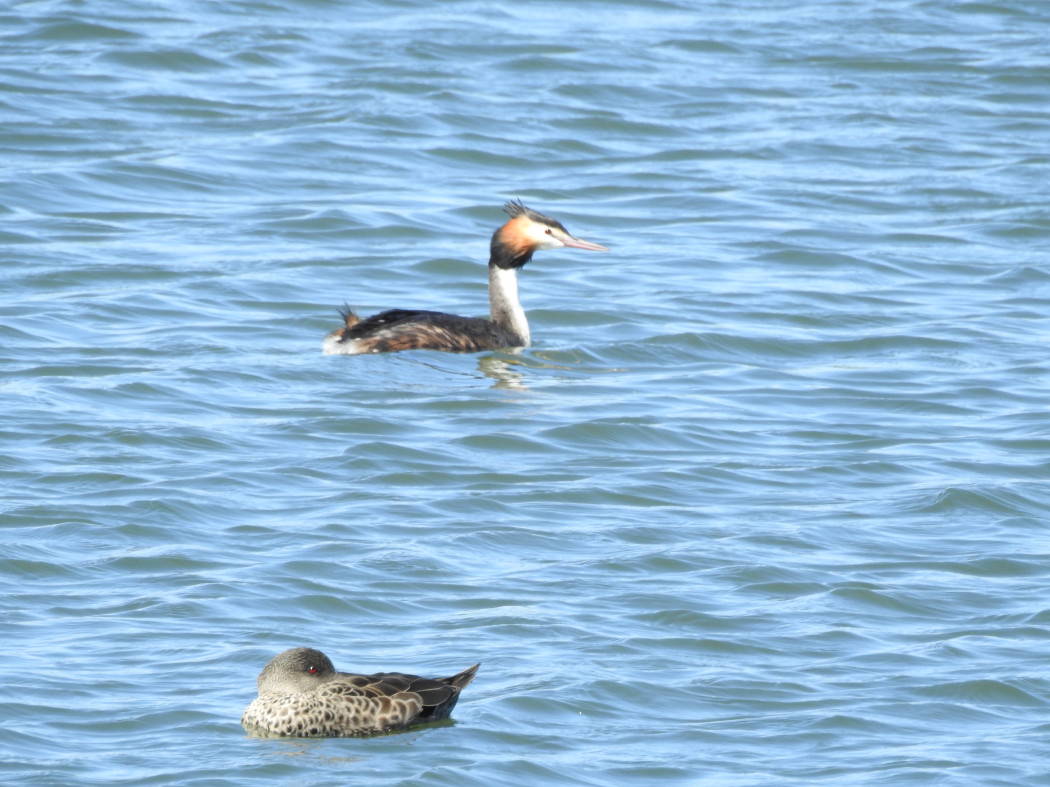 We were also lucky enough to see a family of swans with five cygnets in tow. These particular cygnets are just over a month old and have had a very fast growth rate. The swans nested in the Arboretum Lake, amongst bull rushes. They moved their brood to larger lake shortly the chicks hatched. 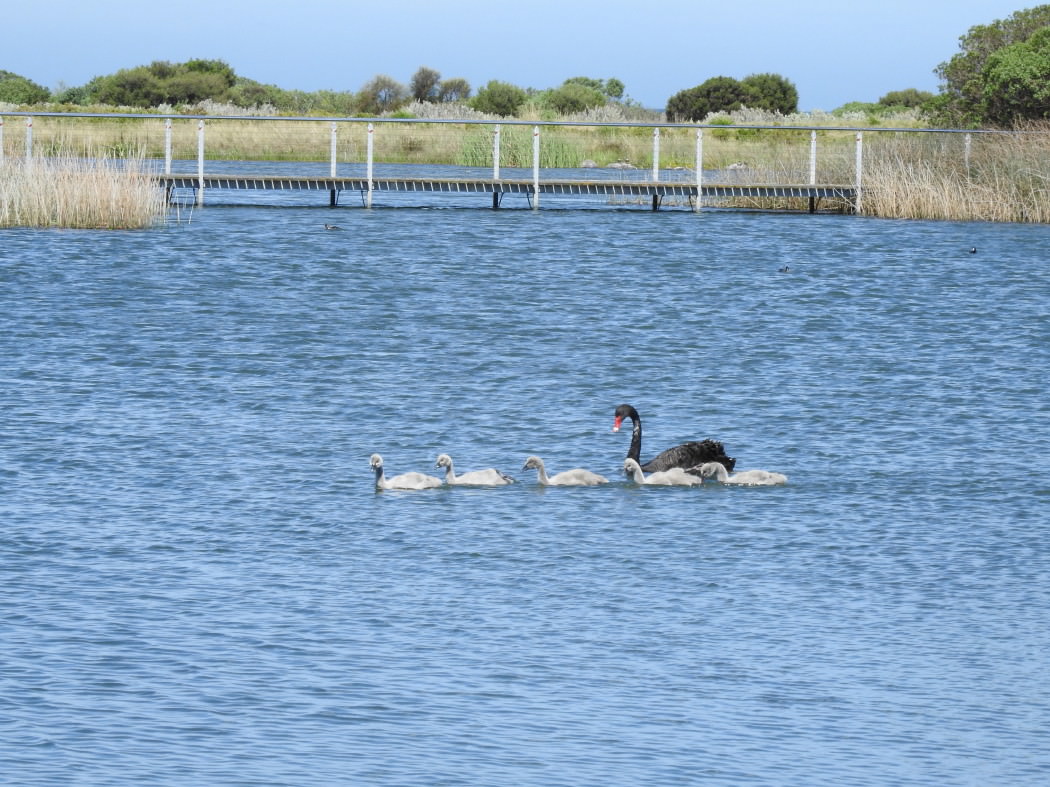 On the way back for refreshments we sighted a Nankeen Kestrel hovering over the soccer fields.

The bird walk was very successful with a total species count of 49. For a full list of birds observed please click here.

Thank you to Andrew Webster and HBCC for organising this event and providing the refreshments, which followed the walk.